I recorded and posted this Auld Lang Syne chord solo to Youtube a year ago.  There were lots of requests for a transcription and I meant to post one, but with launching the new website and everything else that was going on, this little project fell through the cracks.  But I didn’t forget, and have now transcribed and posted the “Auld Lang Syne” chord solo to Soundslice for you to learn and enjoy.  It’s meant to be played in a free, rubato style and is pretty easy, taking advantage of open strings to get some nice ringing sounding chords.

The song Auld Lang Syne is attributed to the Scottish poet Robert Burns and encourage us to remember old friendships.  It’s traditionally been used to say goodbye to the old year year, but also at funerals and as a farewell at other occasions.  The song has an interesting history and it’s actually likely that the melody we know is the not the one that Robert Burns originally intended.  You can read about it here:  http://www.telegraph.co.uk/music/what-to-listen-to/auld-lang-syne-new-years-eve-song-facts/

As with most of my arrangements, I did this one at the guitar and didn’t write it down until much later.  I put a priority on melody and phrasing and use many standard jazz harmonic devices and substitutions.  The original changes are most likely much simpler.  For instance, I’m pretty sure that the original first 4 measures are just “C, G7, C, F” whereas I’ve introduced more chordal movement by turning the “C, G7” change into a “I VIm IIm V7” (C6, Am7, Dm7, G9) and the original “C to F” chord change in measures 3-4 gets turned into “C6, C7, Fmaj9, F#o7.”  In measure 5, I use a “IIIm7 VIm7” substitution “Em7, Am7” instead of the “I” chord “C” and in measure 6, the original “G” chord is replace with “Bm7, Bb7b5” (a II’m V7 leading the the Am chord).  Notice that both measures 4 and 12 I’ve used “IV, #IVo7” (Fmaj, F#o7) which is common way to return to a “I” chord. The arpeggios in measure 12 do involve some stretching but don’t get scared, the notes are not intended to be held down throughout (the diagrams are only to help visualize the chords).  I extend the ending by using the bIImaj9 chord “Dbmaj9” which satisfies the melody, but prolongs the harmony, then resolving to the “I” chord, and you’ll also note that those last few chords must be either played fingerstyle or pick & fingers (which is what I’m doing on the recording).

For me this impromptu and heartfelt rendition is bitter-sweet.  I recorded it last New Years Eve after a conversation with my dear friend Marilyn Holderfield.  Marilyn was a world-class jazz singer in the Cleveland area.  As well as being a great singer, she was a wonderful person and was  responsible for some of my first jobs as a professional musician. She was in the final stages of terminal cancer and we had a long conversation about old times and the friends, musicians and places we knew.  I tried to cheer her up and we even played a song together over the speaker phone.  After I hung up, I turned on my iPhone and recorded this.  I miss her terribly and this song brings back fond memories of our friendship.

I hope you’ll enjoy learning this chord solo and wish you a happy, prosperous and musical 2016! 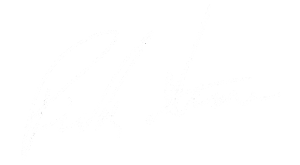 P.S. if you’re on our mailing list, please sign up and be among the first to know when we add new articles and transcriptions. And as an added bonus, you’ll also get a free copy of my ebook Jazz Guitar Scale Studies: 44 Daily Warmups to Build Killer Chops.

Thanks so much for your ongoing support. I wish you (and your family and friends) the happiest of holidays! Hope to see you soon!
Musically Yours,

Don’t forget to get your FREE eBook

(by signing up, you’ll also stay informed when new videos, lessons and transcriptions lessons are published)

P.S. If you love the lessons you find here, don’t be selfish.  We make it easy to share with your friends.  Just click on the SOCIAL BUTTONS at the bottom of this post to share on your favorite social network.

About the Author
About the Auther: Rick Stone is a jazz guitarist working and teaching in the New York City area for over 30 years. He has performed and recorded with Kenny Barron, Eric Alexander, Ralph Lalama; appeared at the Blue Note, Birdland, Carnegie Recital Hall, the Smithsonian, the East Coast Jazz Festival, Kennedy Center; and toured South America and Italy. His trio can be heard regularly in NYC at the Bar Next Door and the Garage Jazz Restaurant. Their latest release “Fractals” made JazzWeek’s Top-100 CDs of 2011. Learn more (and get a free MP3 and Transcription) at www.rickstone.com). Rick is available for private lessons and also teaches online lessons via Skype (vist www.JazzGuitarLessons.com for details).
Social Share
6 Comments